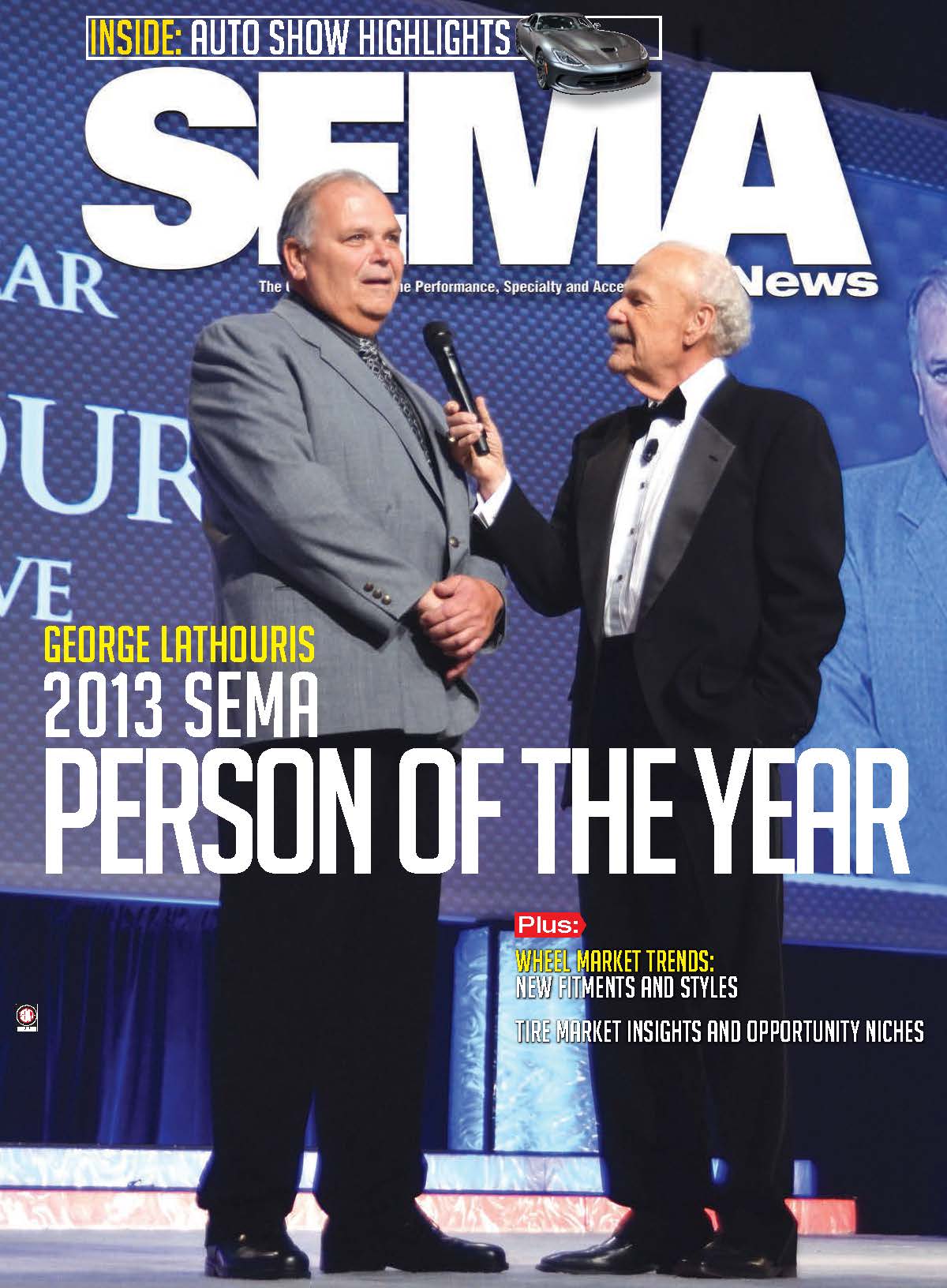 George Lathouris of Keystone Automotive Operations was named the 2013 SEMA Person of the Year. The award was presented to Lathouris—a 36-year marketing veteran and current senior category manager for Keystone in Scranton, Pennsylvania—during the SEMA Industry Awards Banquet at the 2013 SEMA Show.

Lathouris began his career at American Speed Equipment in New York, working his way up to national sales and advertising manager. He opened warehouse distribution in Colorado for Dick Cepek in 1992 and became the company's purchasing manager in Los Angeles in 1994.

Throughout his career, Lathouris has been recognized by his peers as a mentor and one who leads by example. His ability to take off his company hat and focus on the greater needs of the industry at large has served him well through his two terms as Chairman of SEMA's Light-Truck Accessory Alliance (LTAA). In addition to his contributions to LTAA, Lathouris has served on the SEMA Board Leadership Committee, develops and supports fundraising opportunities for SEMA Cares and is actively involved in the annual build days for the SEMA Pinewood Drag Races.

During the nomination process for the SEMA Person of the Year, those who submitted nominations for Lathouris repeatedly lauded his positive influence on others and his commitment to the automotive aftermarket, at all levels. Whether supporting charity efforts, gaining support for industry events or getting more attention for LTAA-member products at regional events, Lathouris continually leads the way, providing an example for others to follow.

As for his greatest sense of personal accomplishment, Lathouris said: "When I started with Keystone we had one stocking warehouse and three satellite locations in Toledo, Greensboro and Toronto. The satellites and outside sales staff were my responsibility. I was fortunate enough to work with some of the best associates in the industry to open more than a dozen warehouses and crossdocks across North America. Those facilities helped us grow into the company we are today, and I take great pride in those efforts."