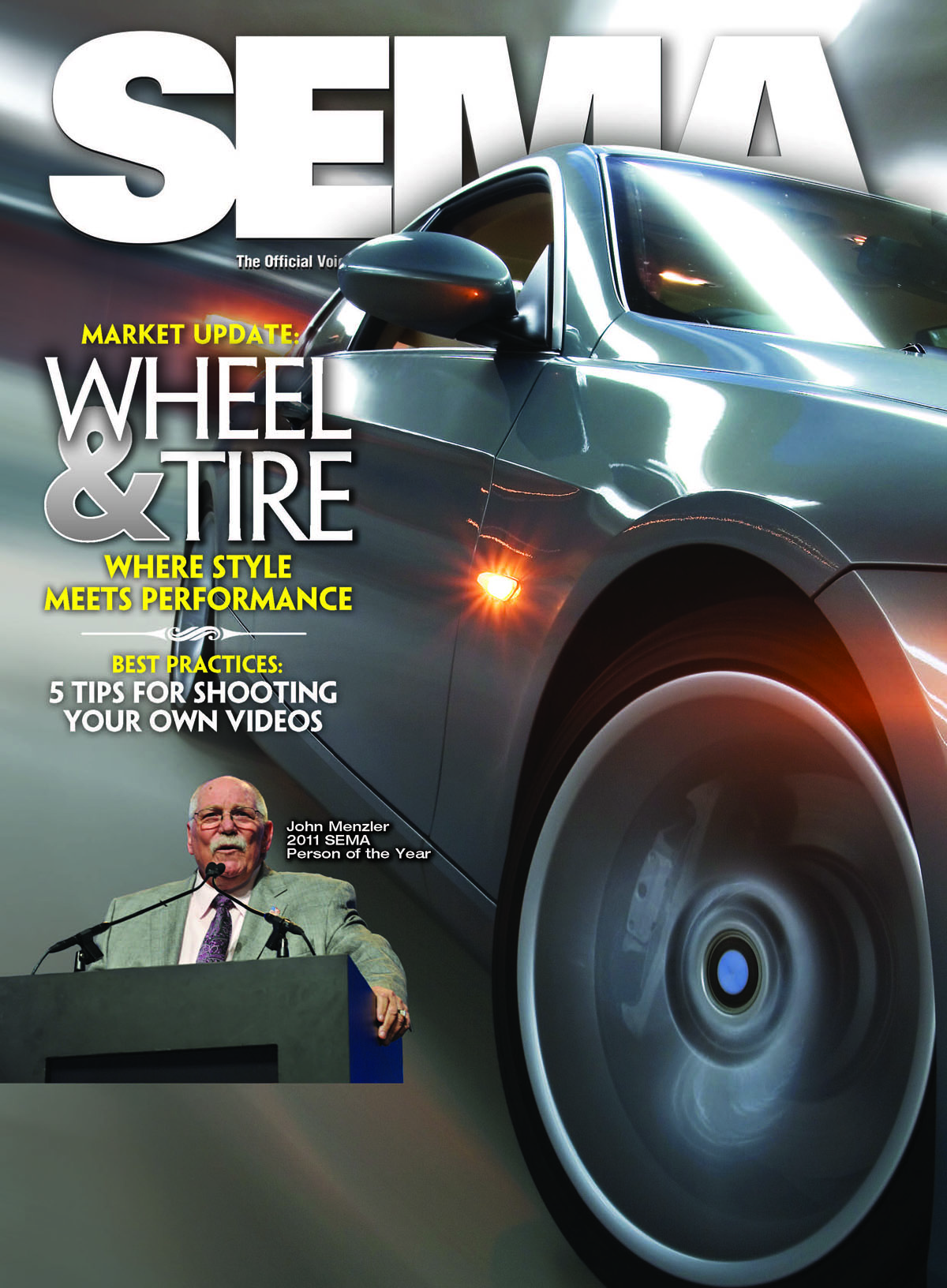 SEMA presented John Menzler of the COMP Performance Group with the 2011 Person of the Year Award at the SEMA Show Industry Awards Banquet in Las Vegas. As a long-time SEMA member, HRIA Select Committee member and mentor to many in the industry, he received ringing applause as Banquet emcee Dave McClelland announced to a packed house, "Congratulations, John!"

McClelland also took time to highlight Menzler's contributions to the industry, making it clear that his compassion and advice helped solve problems both in his work at Comp Performance and in his numerous volunteer projects.

"(Menzler) is quick to offer advice and guidance to anyone who needs it," said McClelland. "Helping others bring their ideas alive is a common thread running through his active involvement in SEMA councils and committees and in his mentoring and volunteer work, such as during this year’s Childhelp and Victory Junction Pinewood drag race."

Menzler was clearly emotional as he made his way to the podium, while the cheers and applause continued to echo throughout the ballroom. Having been involved in the automotive aftermarket for several decades, this is not the only time Menzler’s service and volunteer efforts have been officially recognized. In 2010, he was announced as the winner of the Mentor of the Year award at the SEMA SBN Networking Breakfast, where he received the only standing ovation of the morning.

Join SEMA in congratulating the 2011 SEMA Person of the Year—John Menzler.