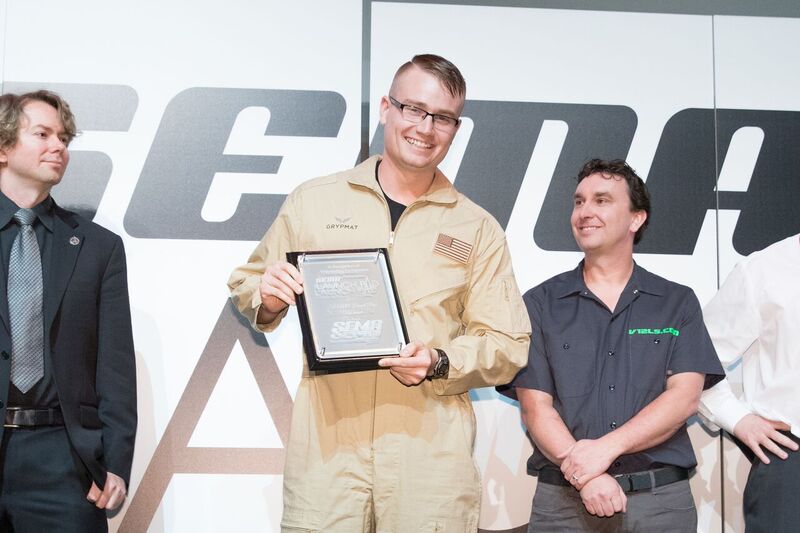 Tom Burden was named the 2017 SEMA Launch Pad winner by a panel of industry judges during the live event. Watch him explain his creation at last year's SEMA Show.

Tom Burden is from the small town of Celina, Ohio and is an F16 mechanic in the Air National Guard. He was frustrated by his tools sliding off the aircraft and the time he was wasting searching for lost hardware. Burden began looking for a solution and wanted a simple way to secure his tools and protect the multi-million-dollar aircraft that he was assigned to service. With the skills gained as a mechanical engineering student, Burden started prototyping a non-slip rubberized tool tray in his basement; after three years, he created what is now called the Grypmat.


Grypmat, the world's most versatile tool mat. The Grypmat Trio is made from our patent- pending, flexible, non-magnetic, non-slip, rubberized material. They stick to curved surfaces such as car bodies and composite race cars. Using a Grypmat reduces surface damage, shortens maintenance times, and is a mechanics most valuable tool.