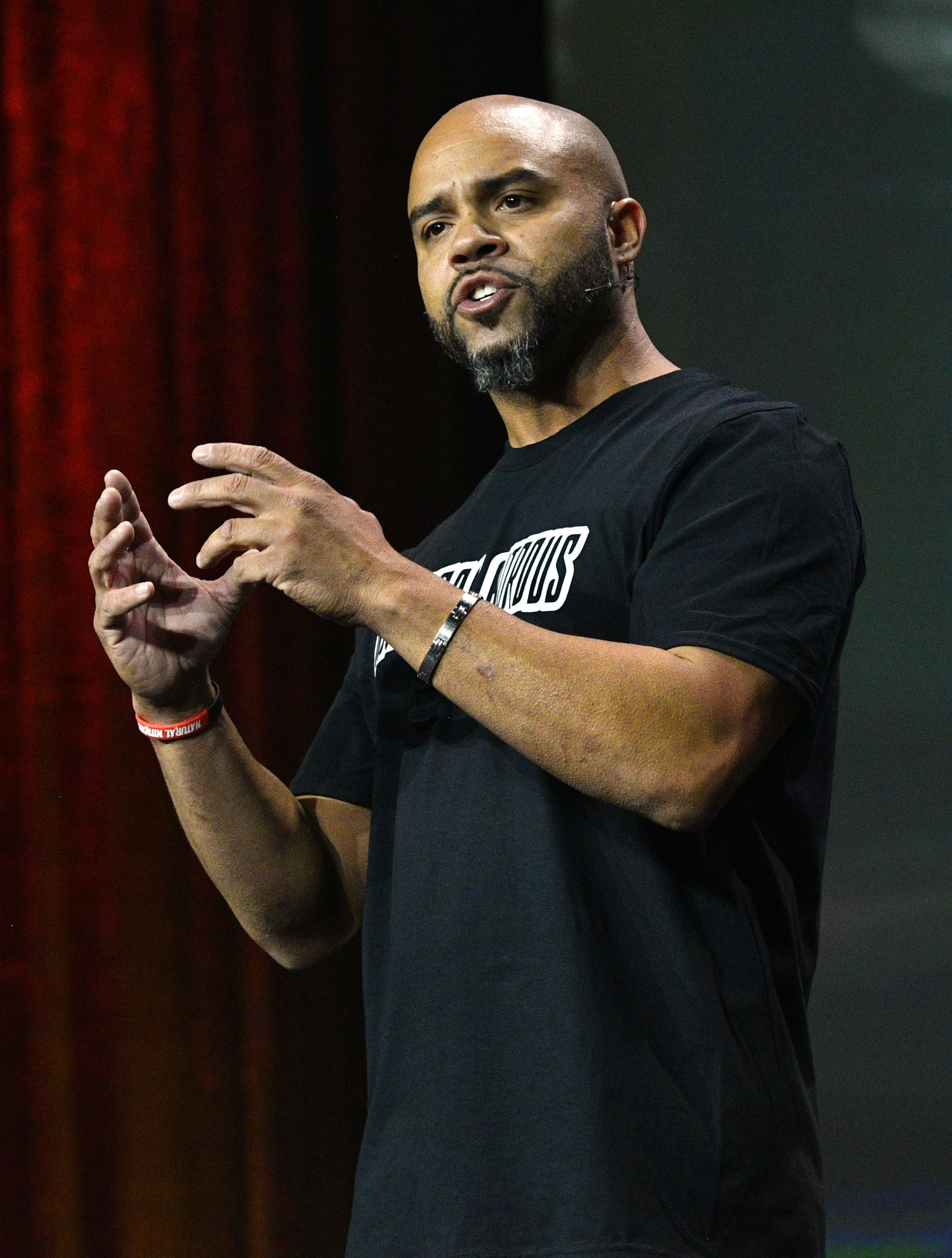 DIAMOND BAR, Calif. (Nov. 9, 2018) -- Kyle Tucker was crowned winner of the fifth-annual SEMA Battle of the Builders® competition for his 1969 Chevy Camaro during SEMA Ignited, the official SEMA Show after-party designed to celebrate the builders and showcase products from the trade-only Show.

The 2018 SEMA Battle of the Builders competition included submissions from seasoned builders as well as new customizers representing an elite group of individuals who demonstrated extreme talent, creativity and craftsmanship in modifying cars, trucks, and SUVs. The program was expanded this year to recognize winners in each of the four different categories, with Tucker also winning the Hot Rod title, Pettus earning the Truck/Off-Road honor, Nielsen scoring in Import/Sport Compact and Kuhnhausen in Young Guns (for builders 27 years and younger).

Industry experts RJ DeVera (Meguiar's), David Freiburger (Motor Trend Group), and Fred Williams (Motor Trend Group) narrowed down the field of nearly 300 entries, an increase in participation from last year, to the Top 10 in each category before selecting the Top 12 builds overall. The 12 finalists then took over judging duties and voted to name Tucker the overall winner.

DIAMOND BAR, Calif. (Nov. 7, 2017) -- Troy Trepanier was announced as the winner of the 2017 SEMA Battle of the Builders competition during SEMA Ignited, the official SEMA Show after-party held at the conclusion of the 2017 SEMA Show.

Trepanier's 1929 Ford Model-A Tudor sedan edged out the amazing builds of fellow Top 3 finalists Alan Johnson (1932 Ford Tudor) and Troy Ladd (1936 Packard roadster) for the title. The three builders will be featured along with many other SEMA Show builders in a new episode of the TV special "SEMA: Battle of the Builders," which will premiere on the Velocity Channel on Tuesday, January 2, 2018.

Since 2015, the unique one-hour program has aired on the Velocity network, giving viewers a rare, behind-the-scenes look at the SEMA Show, up-close footage of the vehicles and exclusive interviews with builders as they share their personal stories and journey to the premier automotive trade show in the world.

For many of the builders, SEMA Battle of the Builders is their chance to prove that they are among the industry's best. This year's competition began with nearly 300 applications from builders representing an elite group of individuals who have demonstrated extreme talent, creativity and craftsmanship in modifying cars, trucks, and SUVs.

For more details about SEMA Battle of the Builders visit www.sema.org/botb.


About SEMA and the SEMA Show

The SEMA Show is a trade show produced by the Specialty Equipment Market Association (SEMA), a nonprofit trade association founded in 1963. Since the first SEMA Show debuted in 1967, the annual event has served as the leading venue bringing together manufacturers and buyers within the automotive specialty equipment industry. Products featured at the SEMA Show include those that enhance the styling, functionality, comfort, convenience and safety of cars and trucks. Additional details are available at www.SEMAShow.com or www.sema.org, 909/396-0289.

2017 SEMA Battle of the Builders Winner

The project started with a clean 1932 Ford Tudor body canvas. All planned modifications were laid out before any cutting began. Certain dimensions were not determined until the body had been on and off the frame for the desired look. Johnson was a 2015 SEMA Battle of the Builders Top 3 finalist.

Markin converted a four-door sedan into a two-door coupe and restyled the entire car. Every piece of the car has been modified, remade, or custom-made for the car but for two pieces. 2017 ISCA Grand Champion, 2017 ISCA Rod Champion, and 2016 Pirelli Great 8 Finalist

The car is a SplitRay 2017 Pirelli Great 8 cut down the middle and widened 6 3/8. It has a Z06-inspired interior, LS9 with a one-off supercharger system, and a six-speed transmission. Multiple computers provide complete control of the car with a Bluetooth device. I took over 20,000 hours to build.

Built by Rad Rides by Troy, whose mission is to build the finest hand-crafted automobiles in the world.

A modern race-inspired Camaro with an LT4 and T56, hand-built front spoiler and side skirts, custom lower rear diffuser/valance, one-off wheels, fully fabbed underhood sheet metal, and tremendous amounts of metal fab on the entire car. The Roadster Shop has delivered cars to compete specifically in Battle of the Builders the last four years.

Griffey is the owner of Hot Rods & Restorations in Knoxville, Tenn. He has been in business building hot rods and restoring concours, vintage and classic cars for over 36 years. After years of building cars for customers, he and his wife decided it was time to do a build for themselves.

Bespoke rebuild of the Porsche 993, an air-cooled car converted into a modern masterpiece that has full carbon-fiber wide-body construction.

Payne has participated, built, and designed over 68 builds prior to the 2017 SEMA Show. This year he brought 30 builds to the show with his name on them. "Battle of the Builders encompasses unique and innovative builds that make people's jaws drop and create buzz in person as well as social media," he said. "Well, my builds will do just that. They are one-off custom builds you won't see elsewhere." 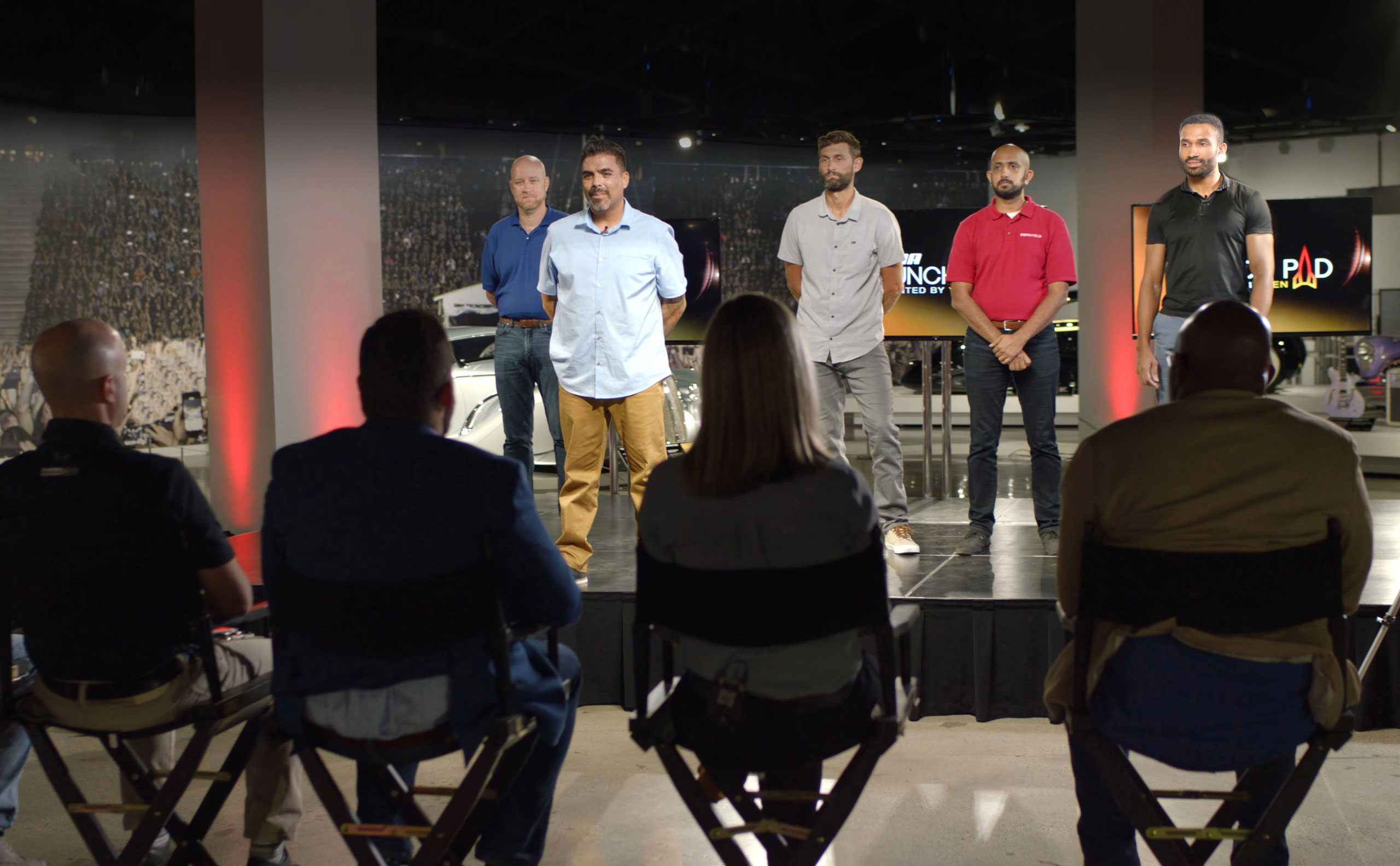 TOP FIVE FINALISTS COMPETE FOR A GRAND PRIZE PACKAGE VALUED UP TO $92,000

All award taxes are the sole responsibility of the award-winning company. Tax liability is based on the value of the prizes. All award winners must complete a W-9 in order to receive a prize.

*No changes are permitted to the booth layout or location within the Pavilion. Company does not accrue SEMA Show seniority points by reason of exhibiting at a 2022 SEMA Show kiosk booth in the New Products Showcase area or the turn-key exhibit space with premium placement in the Launch Pad Pavilion at the 2022 SEMA Show. Company may purchase up to two (2) additional exhibitors passes beyond the complimentary allotment of two (2) exhibitor badges for use by company staff and/or spouse. 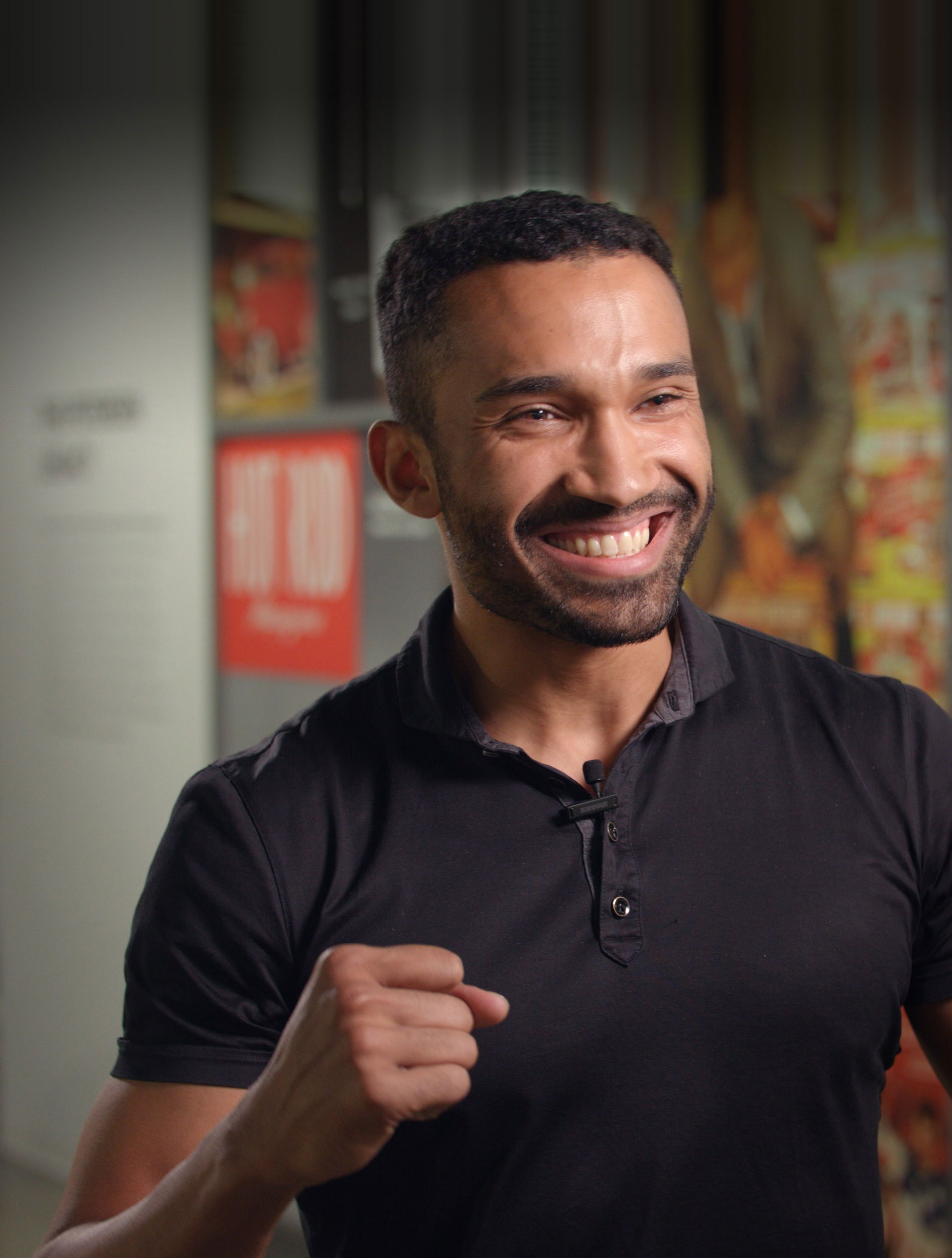 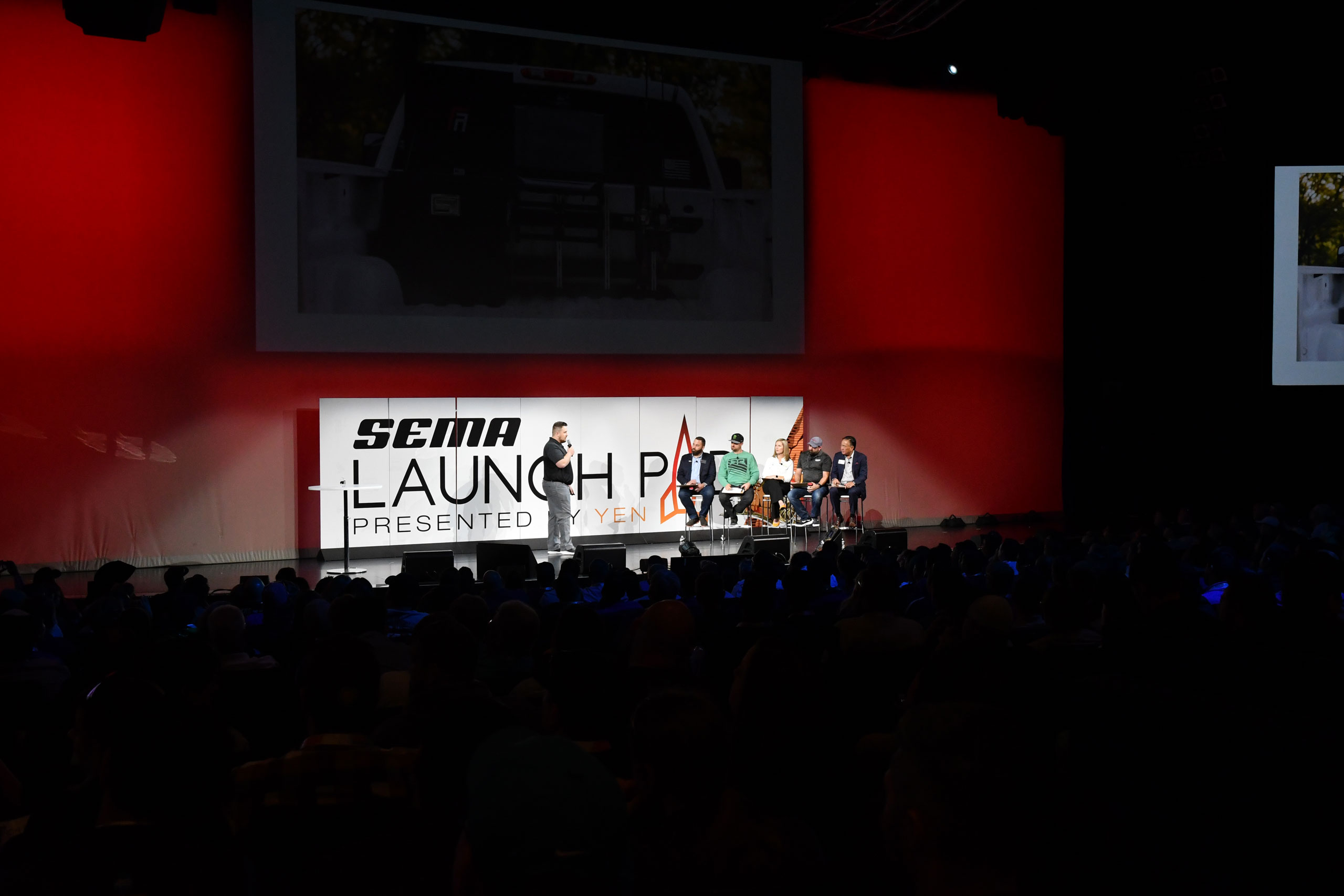 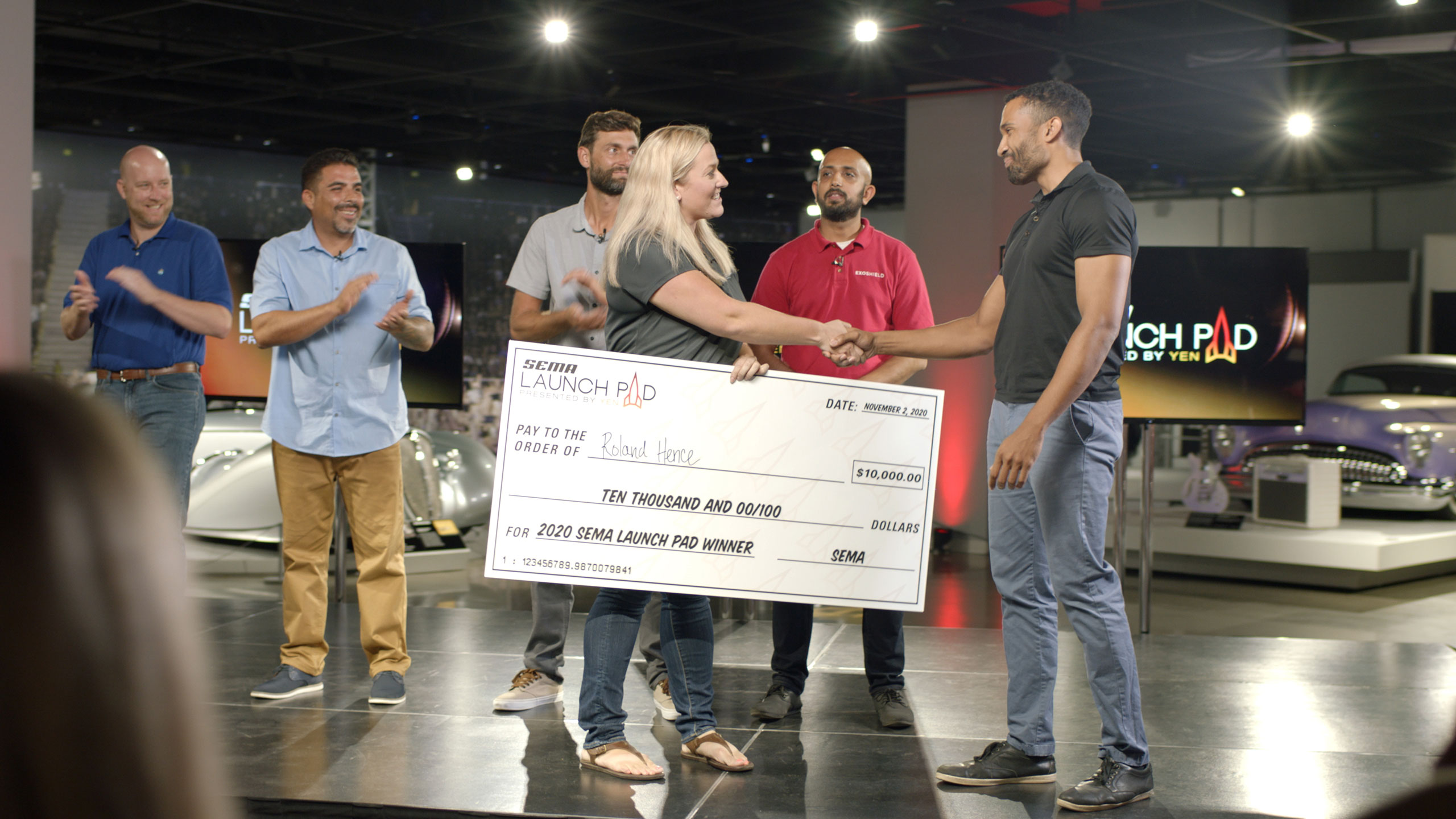 The SEMA Launch Pad is the automotive specialty equipment's ultimate competition for budding entrepreneurs who are ready to introduce their products to a worldwide audience.

While the competition has supported young creators since 2013, the age limit has been removed to make it easier for more participants to qualify. There's also more cash prizes, and more participants than ever will be featured in SEMA's publications and social media channels.

If you have a product or service for the automotive industry, we want to hear from you!